Some Kind of Mask 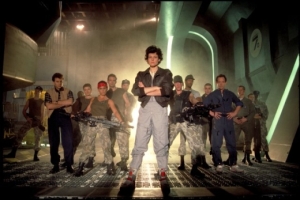 Ripley: We were brought to the forest by what the Game Organizers has told us, and Kane went into this strange camp that we have found there. But when he came back he had something attached to his face, some kind of mask. We tried to take it off but it wouldn’t come off, but soon it sort of came off all by itself and died. Kane seemed fine, we were all having dinner. I don’t know what but that thing must have laid something inside his personality some kind of character. Because he was… um he was…

Vasquez: Look, man. I only need to know one thing. Where they are?

[puts up dice and pretends to roll]

This site uses Akismet to reduce spam. Learn how your comment data is processed.